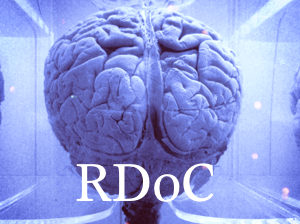 When you are asked to think of a future meal, like a “vegetable plate”, do you know what you are dealing with?  A brilliant chef’s hot farm fresh masterpiece with exciting variations on your favorite tastes? Yesterday’s sour cold mashed potatoes and kale? Something in between? At least you know food without meat is on the plate. That’s the problem with psychiatric diagnoses: useful, but not as individually specified as we would like.

Or are they only groups of symptoms that hang together statistically and have a certain usefulness in communicating among psychiatrists and patients?

Are these psychiatric diagnoses somewhat like categories of coughs and fevers and abdominal pains, where we don’t really know the mechanisms that cause them? Or are they more like pneumococcal pneumonia and migraine headache, where we have much better knowledge of what is producing the symptoms? And what is a “disease” anyway- is it a forever label on something that will not change, or a for-the-time-being designation based on current scientific knowledge?

There’s no question that the series of published official diagnoses labeled DSM III, DSM IV, and DSM 5 (notice the change from roman to arabic numerals), coming out since 1980 were very useful and are widely used. The third edition of the Diagnostic and Statistical Manual of the American Psychiatric Association, DSM III, was widely hailed as a great advance 37 years ago because it brought together a great deal of evidence based on field research and carefully worded criteria. It helped make sure that when one psychiatrist used a term such as schizophrenia, then other psychiatrists knew pretty well what symptom conditions were included and which were excluded. People could then have more fruitful discussions and plan more meaningful research. Insurance companies had an idea of what they were paying for. DSM 5 is now coordinated with ICD 10 (International Classification of Diseases 10th Edition) so American psychiatrists can communicate better internationally.

Despite the progress represented by the most recent DSM 5, it seems that it’s difficult to individualize treatment from these categories. Two people with Major Depression may require totally different treatments. And the presumed causes in one case are quite different from another. Also, when someone thinks “I don’t want to have Bipolar Disorder”, he or she may have something in mind that will not turn out to be the case. As we learn more about the brain, the most complicated thing in the known universe, we can see that the trillions of possible brain circuits turning on and off can’t actually be contained or described by labels or categories such as DSM diagnoses. Some people labeled Bipolar may be living an apparently normal life, and others may be suffering and incapacitated. It’s like thinking about the category “vegetable plate”.

The NIMH has promoted Research Domain Criteria (RDoC) as a complementary approach to DSM. This looks from the bottom up at all the possible combinations of brain networks and circuits. It assigns these circuits to various groups (“domains”) that will be present in all persons, whether they have none or one or several DSM diagnostic categories. For example, one domain is all the systems in the brain that respond to threats or dangers; these systems will be present in people with anxiety disorders, schizophrenia, and in persons with no psychiatric disorder at all. These “negative valence” systems (or domain) can be measured and compared in each individual. Other domains include “positive” reward systems that we all possess. Still others have to do with social interactions, memory and cognition, and the various switches which turn up or down, like volume controls. The idea is to include all possible influences on brain circuits, including your genetics, your history, how you developed over time, your belief systems, etc.

Some people fear that Research Domain Criteria will still be neglecting what is very important about our ways of thinking, feeling, and acting including things that are going on in the mind, etc. There are major debates going on in psychiatric circles. I will be following these and trying to understand the various positions. At the moment I have a positive impression of RDoC, and see it as supplementing where we are at now. It is providing a backbone for much new research which should be extremely enlightening and will be important in explaining psychiatry to my patients.

At the moment I have a positive impression of RDoC, and see it as supplementing where we are at now. It is providing a backbone for much new research which should be extremely enlightening and will be important in explaining psychiatry to my patients.

Leave a Reply to RDoC: What is That? - Sleep Advocate Cancel reply 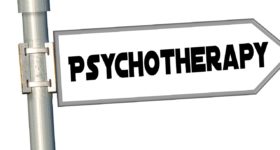 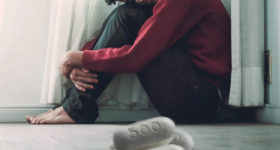