What is the biggest mistake I’ve made over the years in treating alcohol, tobacco, and other substance use problems (heavy use, problem use, addictions)? It’s the failure to remind myself to distinguish between two large groups of substance users, A and B. Which two groups? A little background:

Think of the brain as billions of circuits with trillions of connections, like railroad tracks with chemical (neurotransmitter) switches from one track to another, ceaselessly working to control thinking, emotions, actions- all with the goal of getting you successfully into the future. Think of substances you use as messing with these switches, sometimes for benefit, sometimes not. Imagine switches which, once they are changed by a substance, they stay changed and don’t return to previous “normal” status. The train gets stuck on an alternative set of tracks going somewhere else. It’s like oversweetening your tea or oversalting your food: you can’t just reverse the process. You’re stuck with that one glass of tea or plate of food, even if you promise not to add any more sugar or salt. Some people, for genetic or developmental reasons, are stuck with that set of train tracks: the switch has been thrown and they can’t un-throw it.

Sometimes I was totally focused on life-saving, detoxification, reducing and eliminating the alcohol or drug use.  I was not yet thinking: will this person be in Group A, where he or she will be able to switch back to previous patterns of living, even without the substance? Or will this person be in Group B: handicapped for a long period of time, feeling abnormal without the substance, the craving never going away, dealing with others who believe “just don’t do it” is a solution. Sometimes a member of Group A joins group B and vice versa. This can be a fluid situation, so the most important part of treatment is probably the long term follow up, check-ups, observing over long time periods. A three-day “detoxification”, a thirty-day “program,” a six or twelve-month “recovery residence”: these are only baby steps because we are not yet technologically able to see how the brain circuits are functioning.

Now it may be true, considering the entire population, that most people will be in Group A: they throw away that last pack of cigarettes and feel fine thereafter. They have an occasional drink or hit (or not) and go on with successful lives.  But of the people who seek treatment, those I see, a large number require something else, something more, to enable a good quality of life. Group A people do well with abstinence or sobriety.  Those in Group B experience life as if it consists of daily repeating cycles of pain, hunger, difficulty breathing, itching, anger. The word “craving” is too general and has lost its impact. In these circumstances, it is hard to function at work or in relationships. Have you ever thought, “I’ll do anything to stop this?” Then you know why substance use disorders are characterized by “relapse”. (I sometimes use quotation marks, or scare quotes, around certain words to indicate that I have reservations about the usual use of the word). And you know why those who say “She is not trying hard enough” or “He should be taking care of his family” are technically correct but are not addressing the real life problem.  Adults or children, for example, who experience severe thirst or hunger or sleeplessness or oxygen deprivation will not do well in school or at work. Altered brain circuits produce these kinds of problems. And they often last for years.

What are the alternatives to pure “self-controlled” abstinence or complete sobriety? There are many:

I will have later blogs on self-control and the various talking and communicating therapies. For the moment, I just want to identify opioid replacement therapy as an underused and misunderstood treatment for opioid drug problems, since there have been so many recent deaths from overdose. I was also personally affected when a good friend with an opioid problem was seen at a large sophisticated urban medical center and no mention was made of the most effective opioid use treatment, namely buprenorphine. Many physicians seem still unaware of this option.

In adolescence drug use is particularly fraught because there is a surge of growth and pruning and reconnecting that enables the transition to adult brain status. I’m “afraid” to say so, but for example, marijuana is particularly dangerous in adolescence since the brain’s cannabinoid receptors are busy modifying and adjusting brain networks that will have to do with adult cognition, mood, reality testing, etc. THC will cause changes in these railroad track circuits that may not become undone later (see above). Adults seem to be at less risk for this problem. 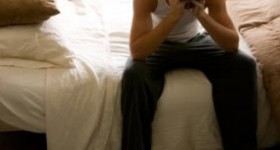 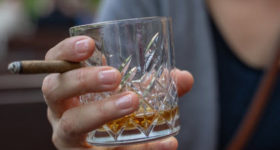